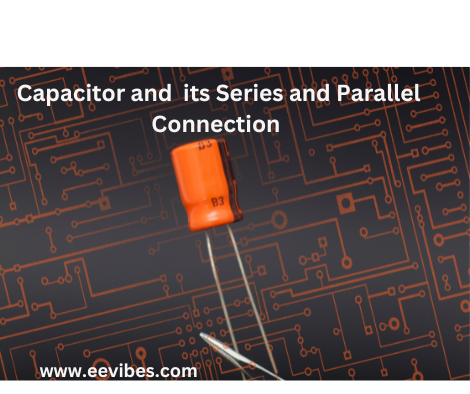 What are the Components of a Capacitor? A capacitor is an electrical device used mainly for the storage of charge. Basically it stores energy in the form of electric charge. It is connected with two terminals. Also adding in the information of capacitor, that it is a passive electrical circuit element.

Unit of a Capacitor

The function of a capacitor is called capacitance. It is defined as the ability of a capacitor to store electrical charge. There always exists some natural capacitance between two electrical conductors in a circuit. A capacitor is deigned in such a way that it adds in the value of already present capacitance. Initially, the capacitor was referred to as a condenser or condensator. These names are still in use today in other languages but in English language this word is used only with condenser microphone, also called capacitor microphone.

Composition of a Capacitor

Many types of capacitors are widely in use now a day. However, their construction is mainly based on their working. A typical capacitor contains at least two electrical conductor plates separated by a small distance and sometimes the gap is filled with some type of dielectric. The conductor can be a film, a foil or an electrolyte ready to conduct charge. While the dielectric being insulating in nature, increases the charge storing capacity of a capacitor. Some common oxide layers used as dielectrics in capacitors are

In 1740s, the simplest form of capacitors was used by Europeans. These capacitors were water-filled glass jars that could store electric charge. These glass jars were called Leyden jars. Today the influence of capacitor in a circuit cannot be ignored. They block direct current while allowing alternating current to pass. Similarly, they smooth the output of power supplies and are also used in radios for tuning frequencies. They have many uses in daily life that after resistor, they become the most common circuitry element.

Working of a Capacitor

These positive and negative charges according to their nature attract each other. But due to the presence of dielectric they cannot come close to each other. The charges thus remain on their plates until they have somewhere else to go. The stationary charges on these plates create an electric field, which induces electric potential energy and voltage. Also check the properties of a capacitor here.

Charging and Discharging of a Capacitor

Eventually the capacitor plates will be so bursting with charges that they can’t hold any longer. There are an adequate number of negative charges on one plate that they can repulse any others that attempt to join. This is where the capacitance (farads) of a capacitor becomes an integral factor, which lets you know the most extreme measure of charge the capacitor can store.

If a path is created in the circuit that allows the charges to find another path to each other, they will leave.

How to Calculate Charge, Current and Voltage of a Capacitor?

A capacitor’s capacitance should always be a constant and well-known value. As a result, we can change the voltage to increase or decrease the charge of the capacitor. More voltage equals more charge, while lower voltage equals less charge.

That equation also allows us to define the value of one farad.

One farad (F) is the capacity of one volt to store one unit of energy (coulombs). It is represented by symbol (F). other smaller units such as micro, pico and nano are commonly used with it.

Relation Between Current and Voltage of a Capacitor

The derivative of voltage shows how fast the voltage is changing according to time. If voltage is steady, it means there is no change in voltage. Thus the derivative will be equal to zero and the current will also be zero. That’s why current cannot flow through a capacitor having a steady DC voltage.

A.    CIRCUIT EQUIVALENCE ACCORDING TO TIME LIMIT

Capacitor show strange and variable behavior at different time instants. It is explained below how a capacitor does that.

Thus in a capacitor to achieve maximum capacitance, a high permittivity dielectric material, larger area of plates and small separation between the plates is required.

For n number plates in a capacitor, the total capacitance is given by following formula

A.    ENERGY STORED IN A CAPACITOR

Where Q is the stored charge, V is the potential difference across the capacitor and C is the capacitance. The voltage will be present in the capacitor until the charge is removed.

Here we will discuss the simple dc circuit that consists of a resistor, a capacitor a switch and a constant DC source. It is basically called a charging circuit for a capacitor. When switch is open and the capacitor is uncharged nothing happens. But when at t=0, the switch is closed then capacitor starts charging. According to Kirchhoff’s voltage law

When a circuit containing capacitor is power by an ac source then the formulation of results is quite different. In AC we talk about impedance which is collectively the sum of reactance and resistance. It describes the phase difference between current and voltage at any given frequency. The reactance and impedance of a capacitor are given as

Now we will discuss how the analysis of a capacitive circuit should be done if more than one capacitors are connected either in series or in parallel combinations.

i. FOR PARALLEL
In parallel combinational circuit, the voltage across each capacitor remains same. The current varies. The individual capacitances add up to form the equivalent capacitance.
$$
C_{E Q}=\sum_i C_i=C_1+C_2+\cdots+C_N
$$
ii. FOR SERIES
The current in the series remains the same whereas the voltage changes. As voltage is continuously changing for each capacitor connected in series the relative charge on each plate of the capacitor the individual capacitances.
$$
\frac{1}{C_{E Q}}=\sum_i \frac{1}{C_i}=\frac{1}{C_1}+\frac{1}{C_2}+\frac{1}{C_3}+\cdots+\frac{1}{C_N}
$$
NON-IDEAL BEHAVIOR
Sometime real capacitors deviate from their idealism. There are a number of ways of this deviation. Some ways can be dealt easily by just adding some multiples but in other cases this cannot be done. These special cases should be dealt separately.
1) BREAKDOWN VOLTAGE
Breakdown voltage is a point in voltage where the dielectric material due to exposition of voltage, becomes conductive in nature. This voltage is given by the product of the dielectric strength and the distance of separation between conductor plates
$$
V_{\boldsymbol{b} \boldsymbol{d}}=\boldsymbol{E}_{\boldsymbol{d} s} \boldsymbol{d}
$$

The general breakdown procedure is that the field strength becomes large enough. Thus it becomes difficult to pull the electrons in the dielectric from their atoms which results in conduction. Other factors that contribute to this process are impurities in the dielectric, pressure, humidity and temperature.

Q factor or quality factor as the name suggests, is the measure of efficiency of a capacitor at a given frequency. It is the ratio of reactance to the resistance. The higher the Q factor, the more the behavior of capacitor is close to idealism.

$$
Q=\frac{X_C}{R}=\frac{1}{\omega C R}
$$
Where $\omega$ is the angular frequency, $\mathrm{C}$ is the capacitance, $\mathrm{X}_{\mathrm{c}}$ is the capacitance reactance and $R$ is the equivalent series resistance of the capacitor.
APPLICATIONS OF CAPACITORS
Some common applications of capacitors are listed below
ENERGY STORAGE: a capacitor stores energy when disconnected from its charging circuit, so it is used like a temporary batter or rechargeable battery.
DIGITAL MEMORY: a capacitor is used to construct dynamic digital memory for computers.
– PULSED POWER AND WEAPONS: capacitors are widely used in weapons and bombings
– POWER CONDITIONING: capacitors are used for smoothing signals and conditioning powerful signals
– SUPPRESSION AND COUPLING
– MOTOR STARTERS
– SIGNAL PROCESSING
– SENSING
$>$ OSCILLATORS
> PRODUCING LIGHT (light emitting capacitor)

what are the properties of an ideal capacitor?