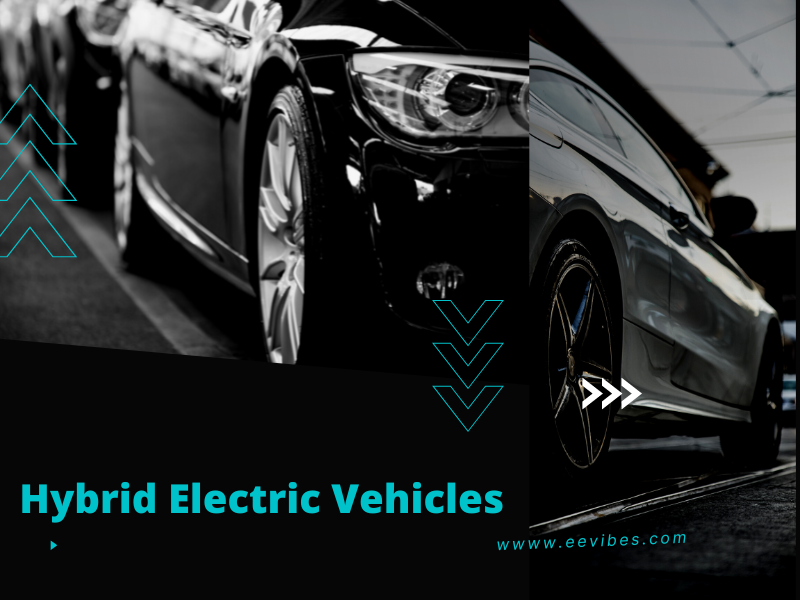 Automobile Revolution: Hybrid Electric Vehicles For many years, researchers have been focusing on electric or battery operated vehicles. You can easily find the huge amount of research work has been done in many years for improving and optimizing the efficiency of electric vehicles and battery systems. Other goals include achieving the high torque at low speed and rapid acceleration.

With the inventions of new power electronic devices such as thyristors,  (Integrated Gate Bipolar Junction Transistor) IGBT, Gate Turn-Off Thyristor (GTOs) it has become possible to control large amount of power with the help of electronic circuits.

Some of the advantages of electric Motors are mentioned below. They are basically:

They have also some noticeable disadvantages. That are:

Irrespective of the fact of so much technical advantages of these electric vehicles, they are not yet commercialized successfully because it requires of  confluence of market, technology, economy and politics. These factors could help to transform these electric vehicles into some attractive choice for customers.

Two most important that actually affected the commercialization of electric vehicles are weight and volumes of batteries. Also high initial cost, maintenance charges, durability, and low range  converge are the biggest challenges.

By combining the advantages of IC engines and electric motors, hybrid electric vehicles are being developed. Such types of vehicles can be configured for obtaining different objectives like reduced pollution, better fuel economy, reducing size and capacity of IC engine, and decreasing idling time of engine.

These hybrid vehicles have smaller IC engine and rechargeable system for energy storage (onboard electric generator with batteries). But still a fuel source is required by hybrid vehicles, it can be diesel, gasoline or ethanol.

There are two main types of hybrid vehicles:

In this design, the IC engine powers an electric generator, which, depending on the driving conditions, can either power an electric motor connected to the transmission system or charge the batteries. When starting from rest and with light loads, the electric motor alone powers the transmission. delivers more driving force. During braking and acceleration, the electric motor serves as a generator, and the resulting electricity is used to refuel the battery. In doing so, the mechanical energy is used during deceleration, else thrown away in brake drums. Figure below shows the block diagram of series hybrid vehicle.

In this design, an electric generator and a transmission system are both driven simultaneously by the IC engine. It is able to operate alone or in tandem with the motor. A parallel hybrid vehicle’s block diagram is depicted in Figure below:

Here are some of the advanced technologies used by hybrid vehicles that are mentioned below:

The wheels slow down as a result of the electric motor’s application of resistance to the drive train. The motor, which also acts as a generator, is turned by the energy from the wheels. This energy is typically lost while coasting and braking and is converted into electricity, which is stored in a battery until the electric motor needs it.

The electric motor offers extra power to help the engine accelerate, overtake, or climb hills. This makes it possible to use a smaller, more effective engine. For low-speed driving conditions, where IC engines perform least efficiently, the motor in some vehicles can operate by itself.

When the car comes to a halt, the engine automatically shuts off, and when the accelerator is applied, the engine starts up again.
This stops energy from being wasted by idleness.

Selection of Battery for Hybrid Vehicles

What are the Different Types of Electrical Batteries and their usages?

Following table shows values of these parameters for Lead-Acid battery

NiMH battery is a rechargeable battery where anode is made up of hydrogen absorbing alloy. Their ratio of energy to weight and energy to volume is high as compared to Lead-Acid batteries. This is the reason they are compact and expensive. Following table shows the different ratios values for Nickel-Metal hybrid batteries.

They are not rechargeable batteries which are powered up by the oxidation process of zinc in the presence of oxygen. A potassium hydroxide solution-containing electrochemically produced zinc particles serve as the cell’s core, static replaceable anode. Water and oxygen from the surrounding atmosphere combine at the cathode to generate hydroxyls, which then move into the zinc paste and form zincate, releasing electrons that then return to the cathode. Water is released back into the system as the zincate degrades into zinc oxide.
Zinc-air batteries combine the characteristics of batteries and fuel cells. The air flow can be adjusted to control the rate of the reaction, and used zinc/electrolyte paste can be withdrawn from the cell and replaced with new paste.

The technical and commercial viability of different battery technologies, including lead-acid batteries, nickel metal hydride (Ni-MH) batteries, zinc-air batteries, and fuel cells, for use in electric vehicle applications is assessed in this article.
Electric vehicle performance is modelled at different speeds and grades, etc. Conclusion: As of right now, zinc-air batteries seem to be the greatest energy source for hybrid electric vehicles. But with optimistic developments in fuel cell technology, it might end up being a low-cost, lightweight, and highly efficient replacement for the traditional batteries used in cars today and in the future.