What is the varactor diode and how does it work? The varactor diode is also called voltage variable capacitance diode. Other names for varactor diode are varicap,  epicap or tuning diode as it is used in tuning circuits as we will study ahead. It is mostly used in communications equipment and FM receivers etc.

As we know that in a general purpose diode the depletion layers exists between p and n type material. This width of the depletion layer increases when the diode is reverse biased. The more reverse voltages will cause the more barrier potential. Hence causing the more wider depletion region. This depletion layer acts as the dielectric while both n and p regions act as the plates of the capacitor. As we know that there is inverse relation between the capacitance and the distance between two plates. So according to the following formula

Use of varactor diode

The varactor diode is connected in parallel with an inductor to form a parallel resonant circuit. These are the circuits that resonate at a single frequency called the resonant frequency. If the reverse biased voltages are changed then this frequency also changes. This principal is used for tuning TV, radios receivers etc. 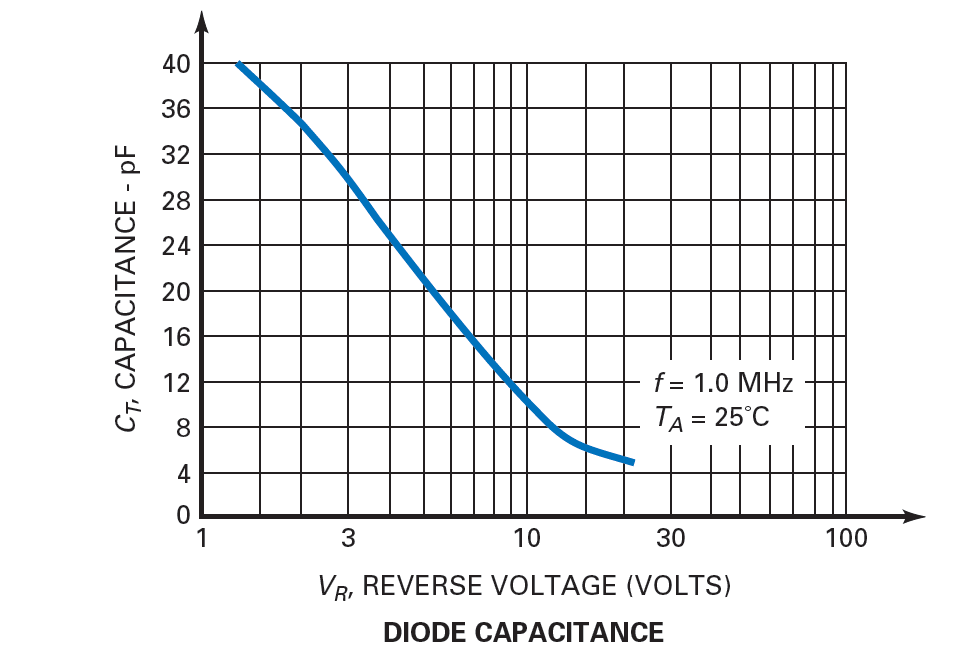 Since the varactor’s diode capacitance is controlled by controlling the reverse voltages that is why these diodes have replaced mechanical capacitors in many communication circuits. The datasheets provide the tuning ration for reverse voltage range. Tuning range depends on the doping level. For a general purpose diode the tuning ratio is uniform and it is in between 3:1 and 4:1. Such types of diodes have abrupt junction as shown in figure below. While the other diodes have hyperabrupt junction. The tuning ratio increases as we approach the junction. The high level of doping causes narrow depletion region thus increasing the capacitance. Hyperabrupt junctions have tuning ration around 10:1 that is good for tuning AM radio stations.

The following figure shows the application of varactor diode as tuners for resonant circuits. 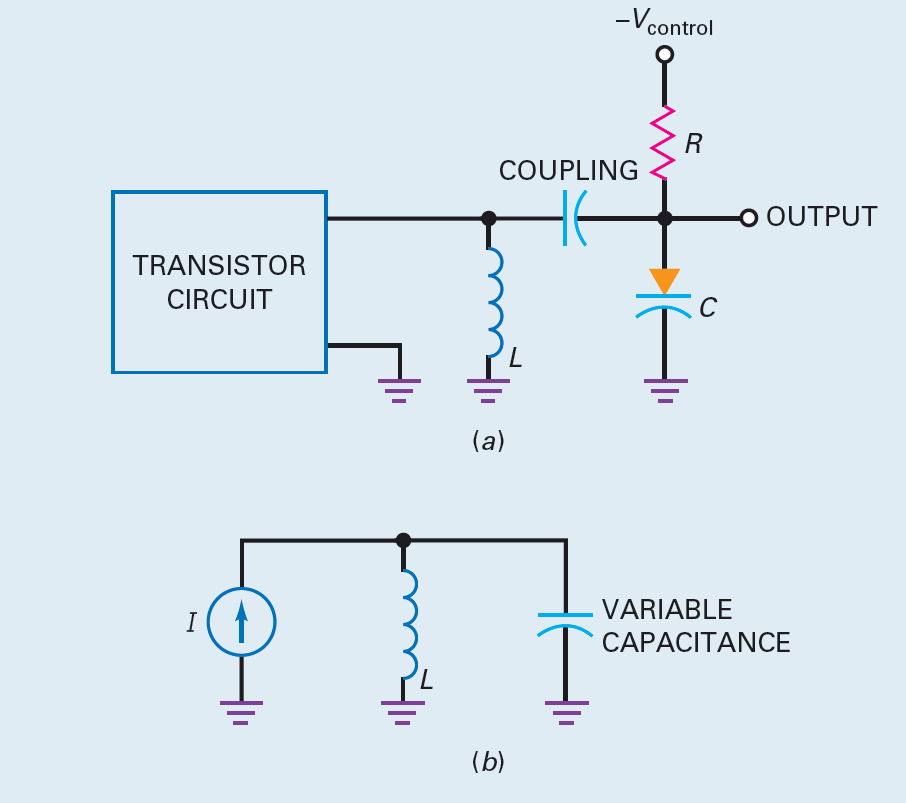 A transistor is a semiconductor gadget that demonstrations like a current source. In above fig(a) , the semiconductor siphons a fixed number of milliamperes into the full LC tank circuit. A negative dc voltage invert inclinations the varactor. By differing this dc control voltage, we can change the full recurrence of the LC circuit. All things considered, we can utilize the same circuit appeared in Fig. (b). The coupling capacitor acts like a short circuit. An ac current source drives a thunderous LC tank circuit. The varactor demonstrations like variable capacitance, which implies that we can change the resounding recurrence by evolving the dc control voltage. This is the fundamental thought behind the tuning of some radio and TV inputs.