For any given matrix ‘A’ of order mxn, there are three types of spaces associated to them: row(A), col (A), and null (A). These spaces are linked with the solution of linear system of equations and have applications on larger scale.

The column space of a matrix Amxn is the subspace formed by the spanning of columns of A. The mathematical definition for this is

For any matrix Amxn , the subspace of Rn spanned by the row vectors of A is called the row space of A.

Null space consists on all vector x for which Ax=0. It means we look for all values of vectors whose components will map our system coefficient matrix to origin (zer0).

Lest find the basis for row space, column space and null space of the following matrix 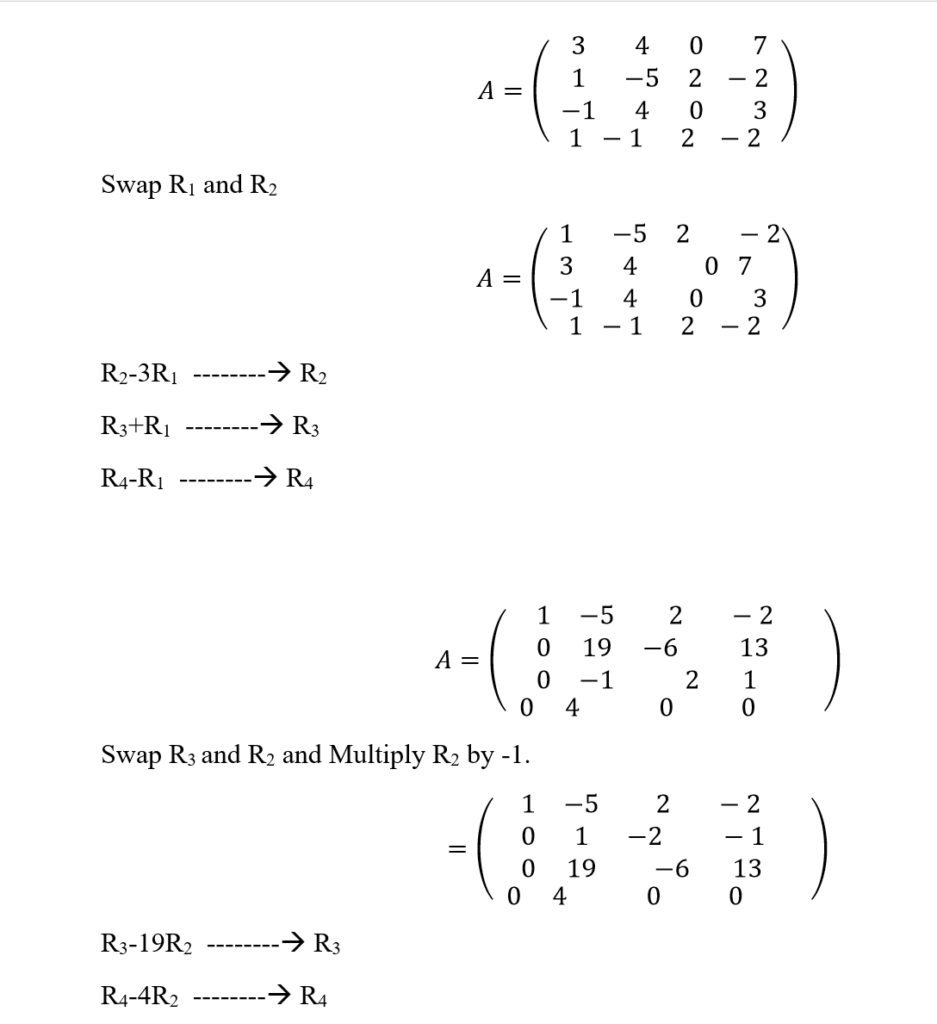 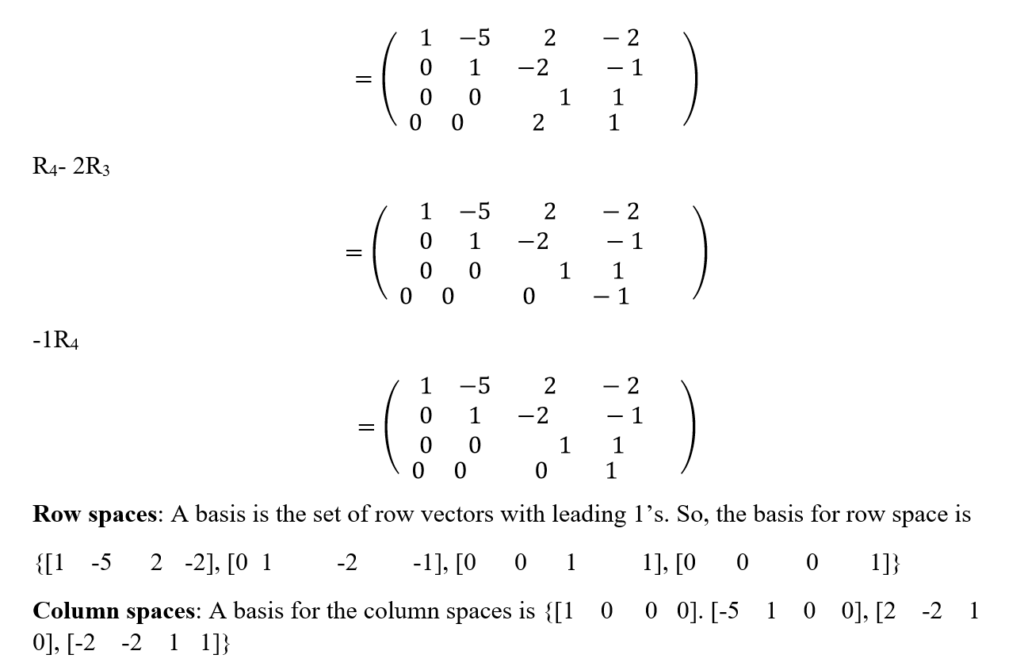 Since there are four row/column vectors with leading 1’s. So, the dimension of row/column space is 4 in this above example. The same procedure can be followed for determining the null space of the above matrix. The only difference is that its augmented matrix will have form as shown given below

Now if the back substitution is performed we get

The following matrix is given in row-echelon form

Find the basis for row space and column space

Suppose that the matrix A is obtained by the elementary row operations on some matrix B, then:

A system of linear equations AX=B is consistent if and only if B lies in the column space of A. It means if b can be obtained or not as a linear combination of the column vectors of A.

How to find the row spaces and columns spaces of a matrix?

How to find the null space of a matrix?

One thought on “what are the row spaces, column spaces and null spaces in Linear Algebra?”