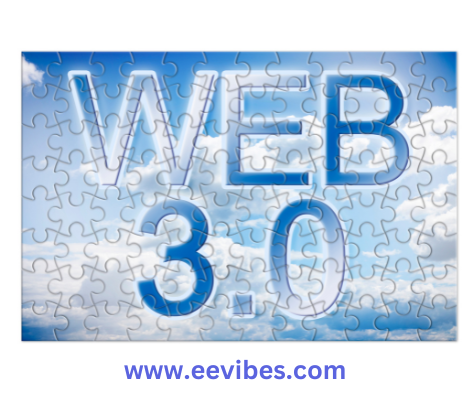 Is Web 3.0 a Perfect Evolution of the web?

In this article, I have described about Web 3.0 Technology and its Evolution. Web3 also known as WEB 3.0 is a new technology for new iteration of the World Wide Web. WEB1 also serves as the foundation for the Web 3.0 technology as Web 3.0 is the third generation evolution of the world wide web technology ready to provide the world knowledge it has been starving for centuries with just clicks away.

Web 3.0 incorporates concepts such as decentralization, block-chain mechanism technologies and token based economics which the world commonly refer to as bitcoin or other token based currencies. It is still an evolving idea and is being defined on certain parameters, but there isn’t any canonical or universally accepted definition.

From the information provided to the general public, it is clear that the discussed technology will have a strong emphasis on decentralization applications and make extensive use of block-chain technology.

Also it will make a good use of an emerging field in both engineering and computing, Machine Learning and an advance facelift of Artificial Intelligence to empower more effective and smart/intelligent adaptive machines. It is said that this new coming technology of WEB 3 will bring effective and user friendly changes in the global world and will leave the world a far better and advanced shape as it is due today.

Despite these lofty claims, the concept of Web 3 can be both confusing and amazing, yet the dreams shown to us will reveal the real This when they come true.

Berners-Lee engineered the early phase of the internet in 1990. He was acting as a computer scientist at European research CERN. By October 1990, he has formulated the basic entities that will serve as the purpose for providing the world a great encyclopedia having knowledge about everything happening at that time of the globe. It was given a suitable title ‘static web’ because it consisted of read-only webpages that were unable to fulfill the need of interactive features.

Web 1.0 offered some additional features of browsing static pages. Content selection was handled by a selected few and information was hard to find. The main drawback of this generation of web was that the users were only consumers. They could not add in the memory of web. No user-device interaction was as such made, thus we can say that it was a restricted source of information for the time being. It was an initial overview of what the internet actually was. It was designed using three entities as listed below

In October 2004, O’Reilly Media and MediaLive held the conference for the revolutionary Web 2.0 which aimed at highlighting a new source that could contain several new software applications built on the platform of web. This was the time when global history and future were going to be changed once and for all. This brought changes in almost every sphere of life.

The world was going to be a better place in the near future. This time is marked as the time when world became a global village and people from all around the globe were just one click away to connect themselves with each other even when they were miles apart.

In late 2005, YouTube was launched. This video-sharing site contributed greatly in the progress of Web 2.0. After launching various web based applications, smartphones were born, with the concept of organizing data in everyone’s hand. These bases promoted the launch of first iPhone in 2007.

If Web 1.0 was the meant to be a read-only self-repeating platform, web2.0 serves as a read/write upgrade, which shaped the today internet.

The remarkable success growth of some dominant platforms had made many of the web 2.0-centric companies-such as APPLE, AMAZON, GOOGLE, META (formerly Facebook), and NETFLIX-among the world’s largest revenue generating companies by market capitalization (FAANG: which is also used as an abbreviation for pointing these large self-supporting industries.)

Web 3.0, the next iteration or phase of the evolution of the World Wide Web. It holds all the major properties of both its predecessors and has tried to remove the flaws of both the outdated technologies. Its basis lies in its fundamental concepts of decentralization, openness, and greater user utility. For cryptocurrency developers and modern token currency lovers, it attracts the concepts that are the heart of crypto: decentralization, token-based economies and blockchain.

Berners-Lee had introduced some of his work and formulated some key-concepts back in 1990s:

There are distinct features between Web3 and Berners-Lee’s 1999 concept of semantic web. In 2006, Berners-Lee described the semantic web as a component of Web3.0, which is different from the meaning of Web3 in blockchain contexts.

Polkadot founder and Ethereum co-founder Gavin Wood coined the term “Web3” in 2014 when he was giving an idea of a ‘decentralized online blockchained ecosystem’. However, the idea of web2 gained its height in 2021 due to large investments made in cryptocurrency by some maniac crypto-lovers. But as it is said that the greatest achievements in the world are achieved by maniacs.

Different people have different minds. Same is the case with crypto currency. Some consider it a blessing in disguise while other rebel against it. Bloomberg describe the concept of web3 as hazy. But keeping the fact in mind that it interacts with the idea of decentralization as well as It is linked with blockchain technologies. Cryptocurrency and NFT’s (non-fungible tokens) also adds to the value of web3. Web3 is considered to build an economic system based on tokens thus the need of always carrying cash would soon be eliminated.

A lot of companies like Discord and Reddit initially accepted the web3 idea whole heartedly but after some oppression from major stake holders withdrew their stance. However, the concept of web3 is still encouraging, keeping in view the advancement in technology and science day by day, it can be easily concluded that this idea is worth taking a risk.

According to some tech-influencers and major stake holders of open world share market, web3 is nothing but a Buzzword. In 2021, the CEO of Tesla and SpaceX, the famous personality of 2021, Elon Musk, expressed his views about Web3 in a tweet stating “seems more marketing buzzword than reality right now”.  If a person follows Elon’s idea about Web3, it can be obvious enough to say that it is merely an idea and its implication is far more difficult than the beauty of its dreams.

Future technologies which we may see if Web3 gains its existence might be:

Web3 a remarkably revolutionary concept that has shaken the broad visions of a lot of people has succeeded in making people think again about its benefits and revolutionary changes it will bring to the world. Who wants to carry cash all the time with him? Definitely no one. Thus web3 makes it easy for one to carry all his property in just a small token and the worth of token will prove its worth in future. This great idea has influenced many to invest in the cryptocurrency even though they think that it is not safe. Web3 aims at focusing at past, mending the present and outshine the future. This sole purpose has motivated enough souls to make their way into web3. Also the privacy issues of users have also created a reason strong enough for them to believe in web3 concept, as web3 allows user to directly interact with the main party without the interference of any third party or cookie acceptance. Web2 was a failure in aspect of privacy of user. This problem will be effectively solved when web3 will come into running.

The world is progressing as is science and technology, it thus requires us to also adapt the changes and mend our ways according to the uprising new technological demands. A wise person might not take the BIG STEP but a smart person will not miss the CHANCE.