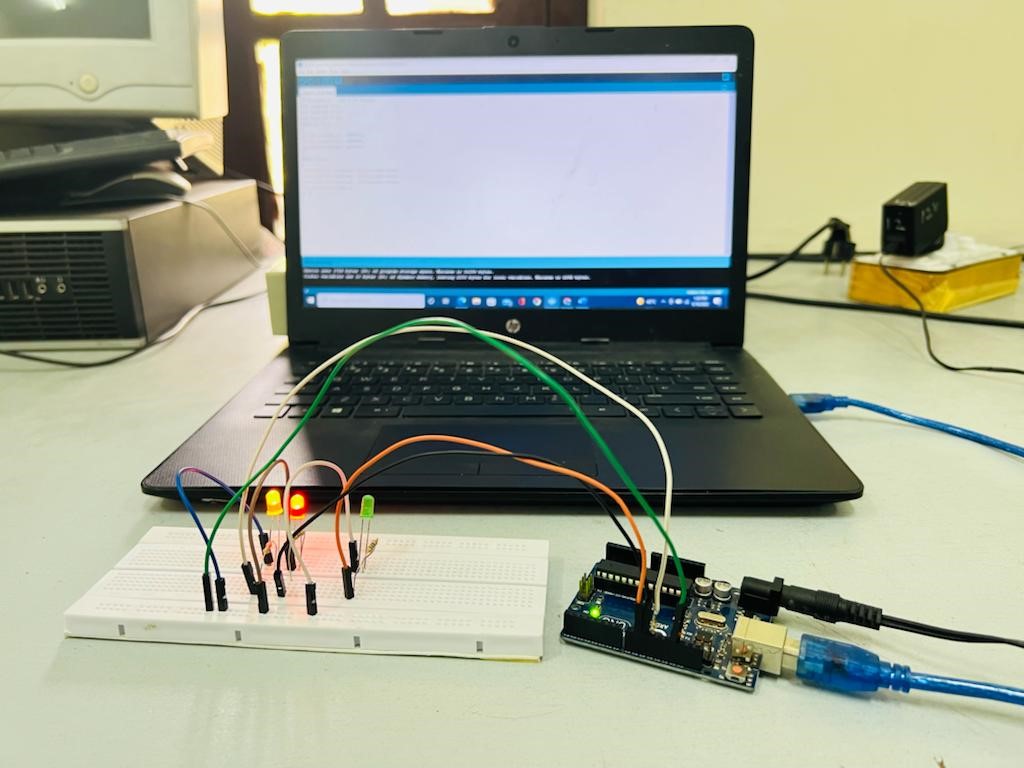 In this article we have described about Arduino Project: LED Fire Effect. As the name suggests, the purpose of this project is to give a stimulation of fire through LEDs by using Arduino. Now the question arises what makes this project much different from traffic lights project. In this project we will be using PWM also known as Pulse Width Modulation to give realistic effect of fire. In other words, by the time, fire will lit with different intensities throughout. Digital help will be used for getting analog results.

New keyword is used for this project that is PULSE WIDTH MODULATION also known as PWM. PWM is used to control the intensity of light. Light glows and fades as time passes. PWM can be found in File->Sketchbook->Examples->Analog menu of the Arduino software.

Resistors are used to reduce or act as a resistance to electric current. They also have other purposes such as :

LED or light emitting diode. LEDs are used to emit light. Light is produced when current passes through a semi-conductor which then emits photons through the principle of electroluminescence.

Arduino boards are used as a brain of device as it has PIC microcontroller which itself has RAM, ROM and processor. It has different slots used for inputs/outputs and controlling voltage by giving Vcc and Vdd. It has crystal oscillator. Arduino board are mainly used for taking input from switches and sensors. It also controls physical outputs like lights, motors and actuators.

Use the following code in your software:

//So let’s take a look at the code for this project. First we declare and initialize some integer variables that will hold the values for the digital pins we are going to connect our LEDs to.

//We then set them up to be outputs.

//Finally, we have a random delay between zero and 100ms.

//The main loop then starts again, causing the flicker light effect you can see. Bounce the light off a white card or a mirror onto your wall and you will see a very realistic flame effect.