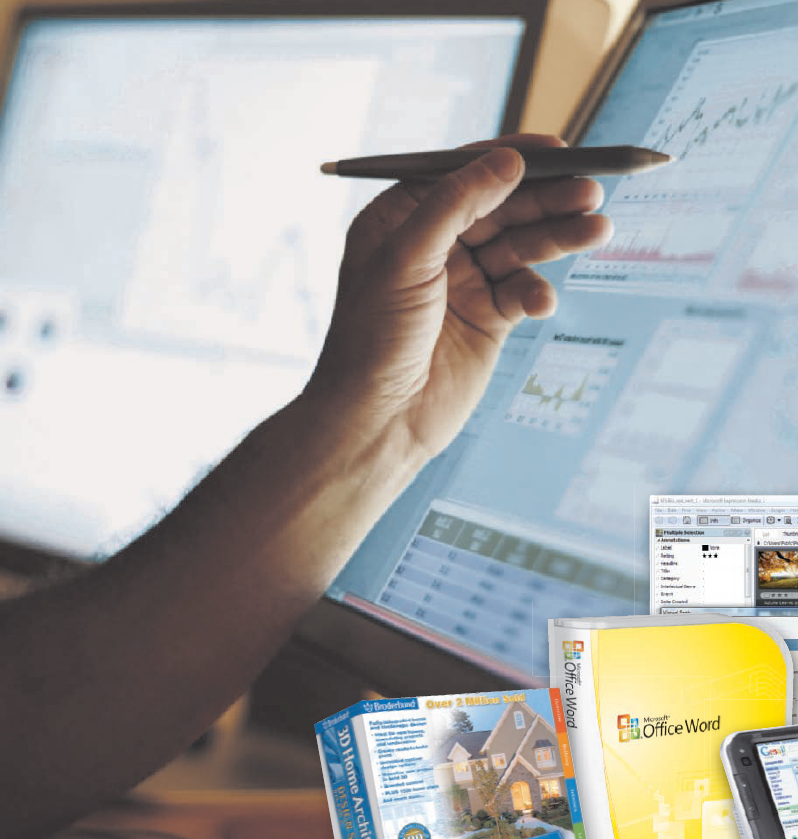 One of the applications of the timers and counters is LED blinking. For the continuously blinking of the LEDs required delays. The delay is introduced in the embedded system by using programming. Crystal oscillator is used to decide the span of time delay and frequency.

Communication ports of microcontrollers are used in the small scale application of embedded system. The serial protocol is used send data from one system board to another board.

In embedded system there are many programs especially which is used for mobile application, battery power. The important thing is that the system disintegrates as slowly as possible while the required the function required the same power. Some few function of Algorithm is used to save energy. To reduced energy dissipation there are some strategies which has been made to minimize the function. The output level of VLSI architecture has different methods

During software installation algorithm the power dissipation of embedded system is overlooked. The batter use of instruction of CPU (central processing unit) is used to reduce energy dissipation. In this paper we learn the software upgrades strategies by different procedures. The example of command to linear code is the use of active phone. The modularity of codes less memory requirements are improved by the use of active phone

Unidirectional and bidirectional address of busses steering data buses which is the group of the connecting wires when the memory and UO circuit connects with the processor. Like RC transmission line every line is done perfectly where R represents shortcuts and c represents power codes, Depending on the current and previous data, capacitor will start charging and discharging

One more measure indicates the half and more total chip powering of 0.1 um USLI will take charging and discharging of bus lines. According to some estimate, the power of input and output data bus will increase up to 80%. There are some coding techniques (such as changing bus codes) minimize output change at the expense of minor maximize input change, to minimize overall power. We are making sure reducing such type of switching functions with an good source code.

THE POWER OF MEMORY:

✓ Power lost at the point of codes.

✓Distribution of power in the amplifier divided energy depends on the type of the memory. Consecutive memory access may be containing very low energy as the next word. One of them can expect that different type of address. In this case, the different type of page needed of some activation, which may be results in the additional power outputs. Unconventional access contains a large amount of energy; the name of the address may not be contains the address of last one. In the case of latter, the change of elevation in succession wills the great words.

✓ In the microprocessor of ARM, S-cycles, N cycles, or Cycles. S-cycles are the parts of CPU cycles which may leads to consecutive memory access, Non-sequential access leads to N-cycles, and internal cycles may be contains I-cycles where the external memory don’t have any connection.

The result of the every command of CPU will result the change of jobs. We can give instructions some of them were as follows:

✓The instruction of branch

✓Arithmetic instructions of type 1 which may include addition, subtraction, shift etc.

✓Arithmetic instructions of type 2 which may include multiplication, division, opinion etc.

In this type of instruction the measurement of the power can be measured by maintaining the level of the gate or current calculate command level. Let’s say the weights corresponds related with the average power ratings for the four types of commands are W j, 1 <j <4 and the number of commands of these types are I j, then CPU power provided by 4.

ADPCM algorithm is used as a performance vehicle show as settings of software power. ADPCM widely used in DECT (Digitally Enhanced Cordless Telecommunication) wireless in 1880-1900 MHz belt. ADPCM is a impediment of speech and reduced the algorithm. It will take the difference between sequences samples and record. We are as consider the ADPCM algorithm used as part of embedded system using an ARM processor.  The ARM processor contains two sets of commands, A set of 32-bit ARM commands and a 16-bit set that is a type of pre-compressed. Decompressed orders during implementation to generate ARM instructions of 32 bits and it are used as usually.

The RAM is used by us. The tool kit of Software Development [11,12,13] the development of applications in the memory of the ARM family of microprocessors. The kit contains an accumulator that minimizes the application of launch in the ARM processor without access to the actual hardware. ARM and Thumb commands sets are the model of microprocessor. There are  number of software modules provided with a tracer-like accumulator capable of tracking, Instructions included, memory type access, any other incidents that occurred during the murder. For example

Track can give us information about S-number cycles, N cycles, and I cycles.

In the evaluating our software capabilities, we have done the following steps:

^ No pushing on buses

^When the CPU performs 8/16-bit functions in 32-bit data bus, will extract 0 from the remaining lines.

Whenever, time and space given by ORM compiler for the performing of optimization of performance and code size It weren’t effective since suggestions were to make it at source code level. Some of them were as follow

When one adjustment makes by the procedure after some may have un useful attachment between the data Therefore, it is important the order of preparation. Possible order can be try by the coordinator, but in the practice, commands to select-test discrepancy because of time limitation. The real ADPCM is changed for the each development program. The negative sign indicates that the setting removes-marks are a valid condition and therefore should not be as a source. Blending options of time and space de-marks compiler cannot working batter on the condition. Simultaneous for the better results we must use development strategies’

In this paper, we have read several results resource level adjustment in performance, power, and embedded software code size. Our results show significant decrease power dissipation is possible by rewriting the code. When the producer makes one adjustment after some may have unwanted interactions between the data Therefore, the order of preparation is important.