what is the meaning of drift and diffusion current of a diode?

what is the difference between drift and diffusion current of a diode? Both currents flow in the diode but the only difference is one is small (diffusion current) while other one is large (drift current).Whenever electric potential is applied across the terminals of the diode, there is established an electric field inside it. This electric field cause the free electrons to move in one direction and free holes into another direction. This drift of electrons and holes causes a certain amount of current and since it is caused by different types of charges that is why current components are added rather than being cancelled. This total current is called the drift current. 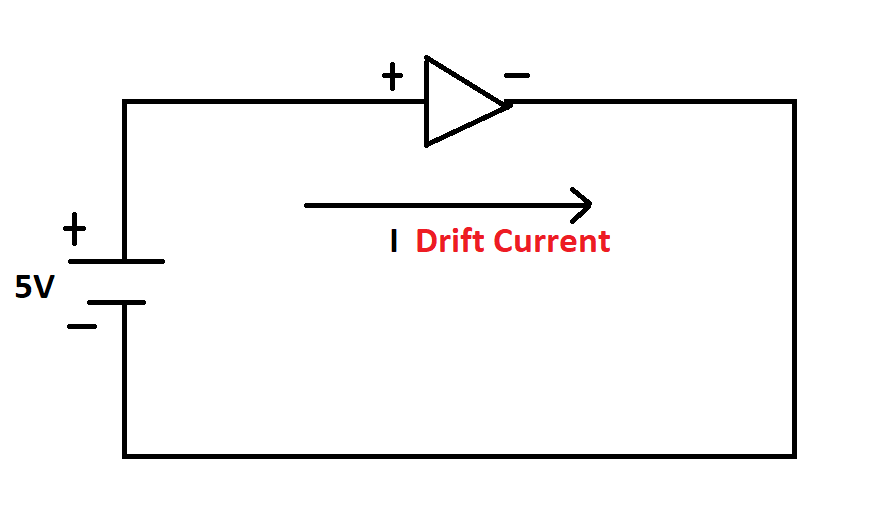 µ. Its value for germanium and silicon is given below

The units for drift mobility are square meters per volt-second. It can also be named as carrier velocity per unit field intensity. (m/sec)/(v/m). So we can write it as Vn=E µn  .

What is the diffusion current?

Another type of current that flows through the semiconductor material is the diffusion current. It is a transient process so it is actually not for longer time. Basically it flows because of the difference of concentration of charges. Whenever there is a concentration of electrons or holes in one region is high as compared to the second region, the charges will start to flow from high density region to low density region. This process continues until the distribution of charges becomes uniform (ideally). Diffusion current is only found in semiconductor materials but not in the conductors.

The hole diffusion current depends on the distance and decreases with increasing the value of x.

One thought on “what is the difference between drift and diffusion current of a diode?”