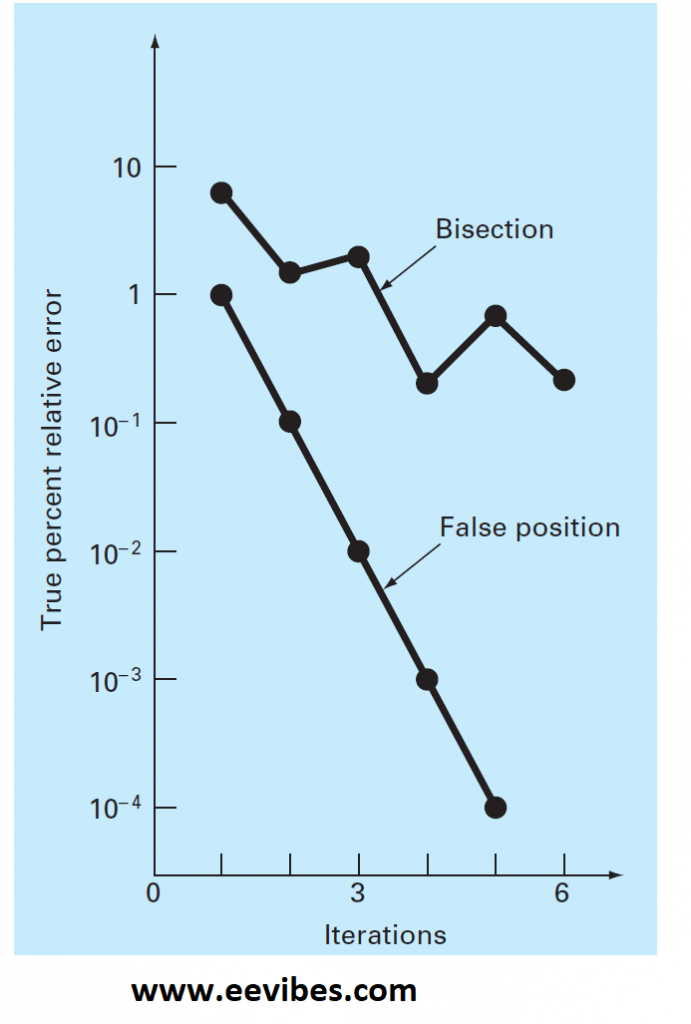 Introduction to the method of false position

What is the method of false position? This is one of the iterative methods that give you the root if the function changes its sign: from positive to negative or from negative to positive. Despite the fact that bisection is an entirely legitimate strategy for determining roots, its “brute force” approach is generally inefficient. False position is based on graphical approach. A shortcoming of the bisection method is that, in dividing the interval from xl to xu into equivalent parts, no record is taken of the values of f (xl) and f (xu). For instance, if f (xl) is very near to zero than f (xu), it is just like that the root is nearer to xl than to xu (as shown in the figure below). An alternate method that exploits this graphical understanding is to join f (xl) and f (xu) by a straight line. The intersection of this line with the x-axis gives an improved version of the root. The way that the substitution of  a curve by a straight line gives a “false position” of the root is the actual point of the name, method of false position, or in Latin, regula falsi method. It is additionally called the linear interpolation method. Because it takes the same approach where two points of a function are joined with a straight line.

The formula can be derived using the concept of vertical angles at vertex xr. Both angles are same O1 ans O2.  The intersection of straight line with x-axis can be approximated as:

Since f(xr)=0, that is why this can be further by cross multiplying the above equation

This is one form of the method. We can find another one by separately writing the numerator as shown below

now add and subtract xu or the right hand side

This is the false-position method. The estimation of xr registered with eq. (above) at that point replaces whichever of the two initial guesses, xl or xu, produces the same value as f(xr). In this way  xl and xu always bracket the root. This process is repeated until the desired value of root is found.

Review in the bisection method that the span among xl and xu became more modest during the course of a calculation. The stretch, as characterized by x/2 = |xu − xl |/2 for the first cycle, accordingly gave a proportion of the blunder for this methodology. This isn’t the situation for the method of false position since one of the underlying theories may remain fixed all through the calculation as the other estimate meets on the root.

Pitfalls of the Regula falsi Method

Albeit the false-position method would appear to bracketing method of preference, there are situations where it performs inadequately. The case is shown in blow example.

Example of method of false position 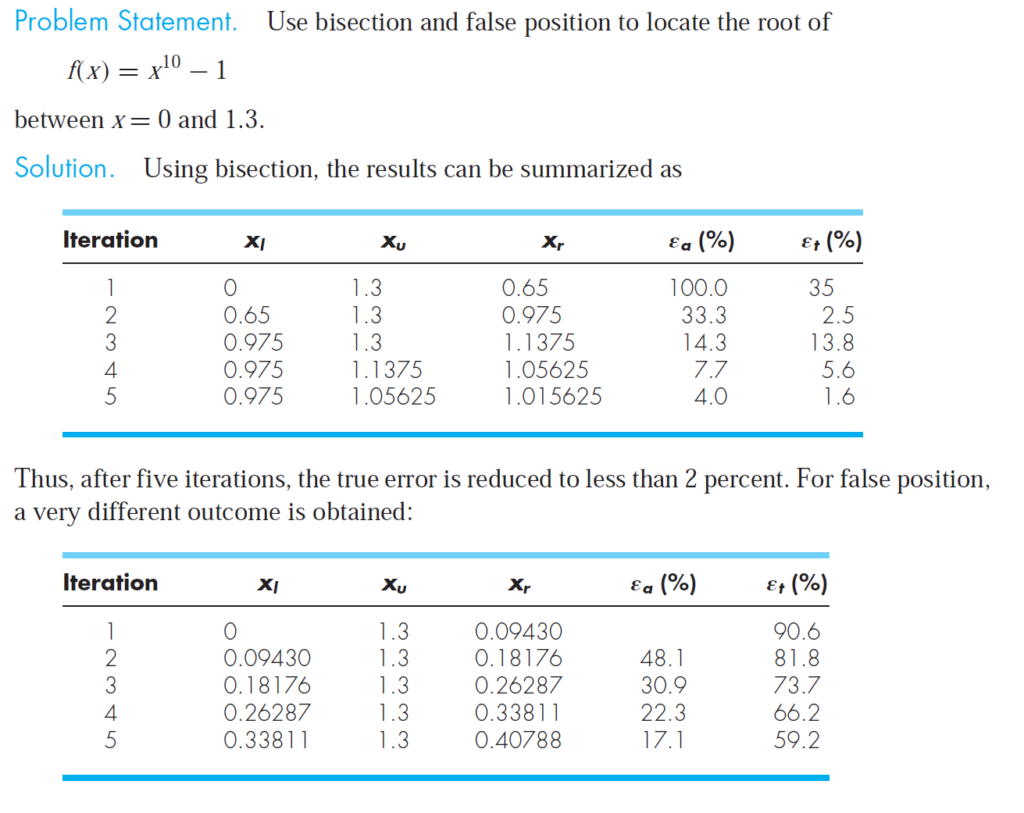 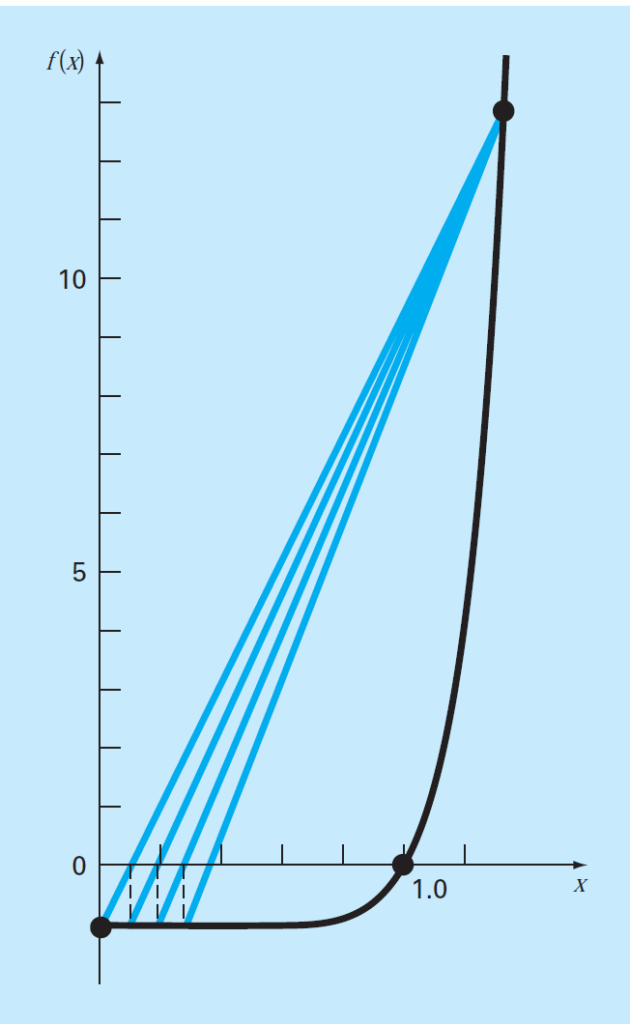 As it can be seen, we need large number of iteration through method of false position. Such are the cases where bisection method converges faster as it works of halving of the interval.

Graphical explanation of method of false position with an example