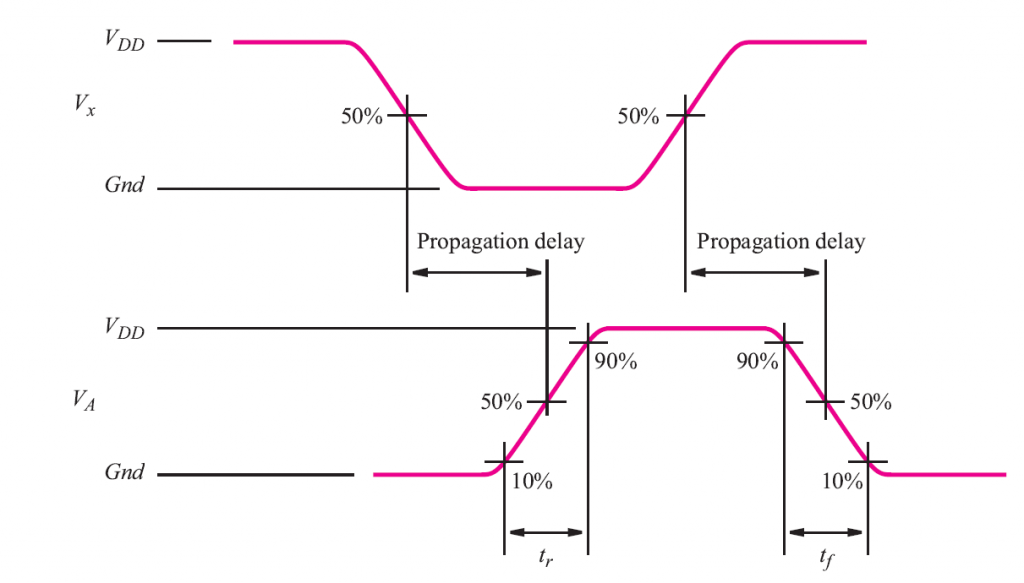 Discuss the Dynamic Operation of Logic Gates. Logic gates are devices which are idealized as physical devices to digital circuits. This logic circuit performs the basic logic functions that form the basis of digital circuits. Logic gates are used in the devices we use nowadays such as computers and memory devices. Circuit logic gates make decisions based on a set of digital signals that come from their inputs.

Many of the logic gates have two inputs and one output. Logic gates are based on Boolean algebra. Each step is either in the false or true state of the two binary options. False represents 0, while true represents 1. Depending on the type of logic gates or inputs used , the binary output will change accordingly . The output of the logic gate is 0 in one position and 1 in the other position similar to the light switch. They can be termed as integrated circuits.

The AND gate is known, so if 0 is called ‘false’ and 1 is called ‘true’, then the gate works the similar way as the logical ‘and’ operator.

The NAND gate acts as an AND gate followed by a NOT gate. It behaves in the manner of the logical process ‘and’ followed by negation. The output is “false” if both inputs are “true”. Otherwise, the output is True.

A NOR gate is a composite OR gate followed by an inverter. Its output is “true” if both inputs are “false”. Otherwise, the output is true.

The Node between the two gates is labeled A because it is distributing the capacitive load to both. Two types of material overlapped between them. The presence of stray capacitance has a negative effect on the running speed logic circuits.

In each case, the identifier of the current flowing through the embedding transistor and the value from C determines the rate of charge and discharge of the capacitor.

This equation tells us the speed of the circuit depends upon both the values. The expression show the time of propagation when the output changes from high level to low level. The low to high level is also given by the above equation .In logic gates we usually set the value of L to minimum level for the specification required. The value of W is chosen according to the amount of current flow

There is a particular method involved in choosing transistors sizes because a larger transistor takes more space on the chip rather than the other one. The proportionality of C to the W and L tends to improve the expected performance. They are utilized where high capacitive loads must be driven and and signal propagation must be delayed accordingly.