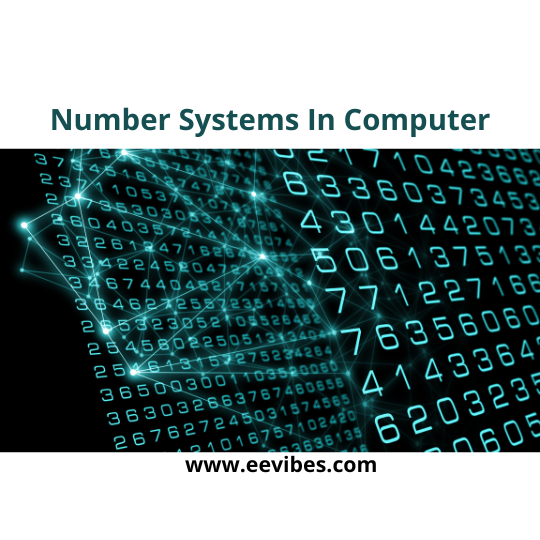 What are number systems?

What are the Different Types of Number Systems in Computing? Usually we humans are more comfortable with decimal numbers (base 10). But in computer system we have other types that are used as per the requirement. Computer understands only the logic 0 and 1. This logical representation is called binary representation. In this form, the base is 2. Similarly, there is a variety of number systems that has different applications in computers. For example ASCII codes are used for representing alphanumeric data and special characters in computers. Hex numbers are used for representing addresses of memory locations as they are the compact form of binary numbers.

How to determine the range for base ‘n’?

The range is determined using formula 0 to n-1.

So, what are the number systems? There are different types and each type is discussed in detail here.

Binary numbers need only bit 1 and 0 for their representation. Any decimal number can be represented in binary. Thus if we want to convert a decimal number 23 into binary we will divide it by 2 as shown in the figure below

Conversion from binary to decimal

This is basically the reverse procedure of the above one. Here we add the binary weights of each bit and then the resultant is the decimal number. Lets do an example for understanding this.

Octal Numbers have base 8 and their range is from 0 to 7. 3 bits are needed for representing each octal digit into binary. The binary code for octal numbers is shown below.

How to convert a decimal Number into octal?

If we want to convert any decimal number into octal number then we divide it with 8 just like we did in case of binary numbers.

Conversion From octal to decimal

The same procedure is followed while converting an octal number into decimal. But here the base is 8 is multiplied with each digit of octal representation.

The hexadecimal numbers have base 16. Their range is from 0 to 15 (F). Four bits are required for representing each hex digit. The following table shows the binary equivalent of each hex digit.

Then its hex can be written by combining 4-bits from Right side.

So its Hex representation is

Notice that we write H at the end of hex representation usually.

How to convert a decimal number into Hex?

How to convert a  Hex into decimal number?

In this representation, binary codes are assigned to decimal numbers. Each decimal digit needs four bits for its binary representation as shown in the following table.

Is it possible to convert an octal number into hexadecimal representation ?

There are two ways to convert an octal number into hex

The first one is to convert that octal number into decimal, and then decimal to hex.

The second approach is by combining bits of its binary representation.

As we know that each hex digit needs 4 bits for its representation so we will start combining 4 bits from right most and then append zeros for completing the number of bits on left side.

Complement of a number

For any integer N in base ‘r’ having ‘n’ no. of digits, the radix complement is given as

The following lecture explains multiple examples of complement and its use while subtracting two numbers.

Video lecture for finding the complement of a number

2’s complement of a number

2 thoughts on “What are the Different Types of Number Systems in Computing?”