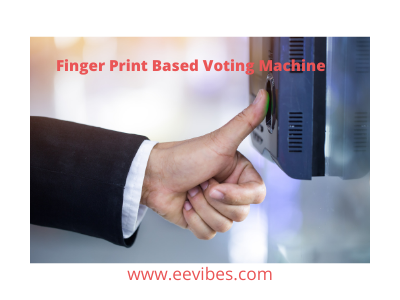 How to Design Finger-print based Voting machine? The aim of this project is to improve the security of the voting machine and to provide easy access to voting through fingerprints.

What is the fingerprint sensor and how does it work?

Here is the methodology of this system:

What is a Keypad and how does it work?

Then we can cast our vote for the person we want using the key pad. The keypad contains a set of keys where each key represents a candidate name or symbol. If a human fingerprint is invalid on that particular voter’s name, the sub controller will display “Authentication Failure” on the LCD display and open the driver circuit to alert. So the alarm makes a sound to indicate Authentication Failure.

This project is widely used to improve the security of the voting machine. In this project fingerprints are used as a voting ID card. Now day’s some people may make the duplicate voter ID card. This can be avoided by this system.