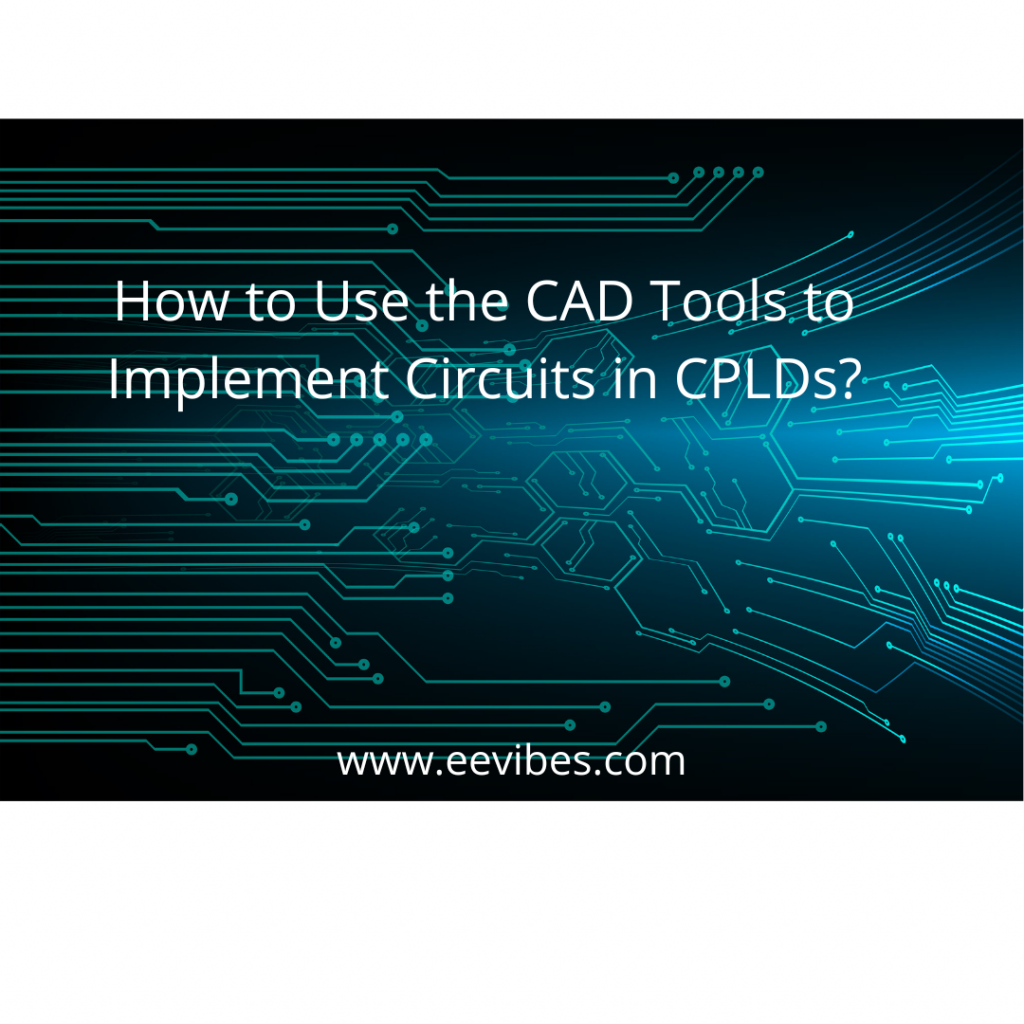 How to Use the CAD Tools to Implement Circuits in CPLDs? The simplest way of describing a Complex Programmable Logic Device (CPLD) is to say that a CPLD consists of multiple SPLD-like blocks on a single chip. This statement is fairly accurate, but CPLDs are much more sophisticated than SPLDs, even at the level of their basic SPLD-like structures.

Using the AUTOCAD the burden on the designer is usually minimal, since the CAD tools are intended to be fully automatic. Circuit is arranged such that, in combination with the two logic gates, a very wide range of functions can be implemented in a single logic block. About half of the logic blocks also contain a flip-flop.

The steps involved for implementing circuits in CPLDs are mostly the same as for SPLDs, but the tools themselves are more refined. Because the devices are complex and can accommodate large designs, commonly a mixture of design entry methods is used for different modules of a complete circuit. For instance, some modules might be designed with a small hardware description language like ABEL, others drawn using a symbolic schematic capture tool, and still others described via a full-featured hardware description language such as VHDL.

This implies that for CPLDs an especially important step in the CAD system is the merging of pieces of a design into a single large circuit and then “fitting” that circuit into the CPLD. Because of the complexity involved, this task of mapping a circuit into the device must be performed automatically by sophisticated CAD programs, which are supplied either by the CPLD manufacturer or a third party. the maximum size of circuit that will fit in the largest available CPLDs is about 5000 gates.

The CPLD structure is shown in the above figure.

All the CPLDs share common features and offer similar capabilities; they differ mostly in the way in which their features are implemented, such as with larger or smaller AND- and OR- planes, different numbers of flip-flops configurable in various ways, a range of maximum logic capacities, different programming technologies (fuses, EPROM, EEPROM), varying numbers of interconnect wires, in-circuit versus out-of-circuit programmability, and others.

In terms of software CAD tool design cycles, typical steps performed for SPLDs include: initial design entry, logic optimization, device fitting, simulation, and configuration. This design flow is illustrated in Fig. below, which also indicates how some stages feedback to others. Referring to the figure, design entry may be done either by creating a schematic diagram with a graphical CAD tool or by using a text-based system to describe a design in a simple hardware description language.

It is also possible for sections of a design to be created in different ways and then translate and merge the pieces into a complete circuit, but this is normally done only for larger designs. Since initial logic entry is not usually in an optimal form, CAD tools are employed to optimize the circuits, after which additional programs analyze the resulting logic equations and “fit” them into the SPLD. Simulation is used to verify correct operation, and the user would go back to design entry to fix errors. When a design simulates correctly it can be loaded into a programming unit and an SPLD configured.