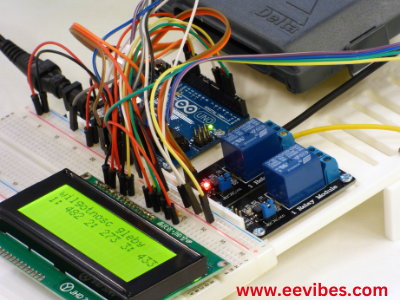 In this article I have discussed about best Arduino board for IoT. The internet of things, a new terminology which is under frequent use now a day, is a wholesome new technological phase. It basically covers all the corners of a new networking era where sharing data, file and various other software would become very handy. It describes sensory physical objects, objects possessing processing ability, software, and other technological devices that interconnect and share data with other devices and systems over the internet or any other networking protocol. The key feature of IOT is that the devices need not to be connected to the public internet rather they only are connected to a shared and combined network and are individually accessible via an address. Thus the devices are provided with Unique Identifiers (UID). They possess the ability of transferring data over a network without the interaction between two users or a user and a computer.

A thing in IOT can be any electronic digital device that works on the digital principles and is programmable. For example, this thing can be an interceptor radar used for detecting incoming missiles within its range, or a human heart pacer that is made functional inside a human being after some damage to his heart or it can also be just a signal check light indicating low tire pressure in any wheel of a digitally assembled car. IOT is being used extensively by a number of organizations for their more efficient and better service providing to users, making their industries and organizations worth a fortune.

Peter T. Lewis invented both the concept and name of “Internet of Things” in a speech to Congressional Black Caucus Foundation 15th Annual Legislative Weekend in Washington, DC, in 1985. According to Lewis, “The Internet of Things, or IOT, is the integration of people, processes and technology with connectable devices and sensors to enable remote monitoring status, manipulation and evaluation of trends of such devices.”

An IOT system works on the principle of embedded systems. They usually consist of web-enabled smart devices that use the principles of embedded systems for their multitasking. These devices can be processors, sensory devices and communication tools that are used to collect and send data and sometimes interpret it. These devices then set-up their own networking gateway with the help of which these devices communicate. This gateway serves the purpose of analyzing data sent to cloud or local. Sometimes these devices intercommunicate to alter the information to be handled, process it and then upload the final formulated result to the gateway. 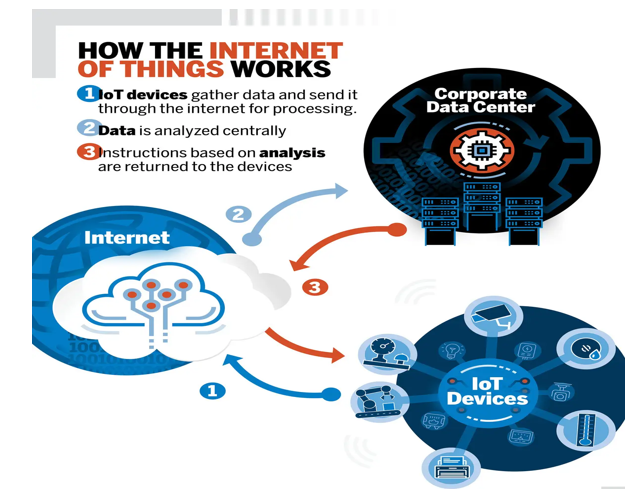 The whole networking and connectivity protocols used in IOT are very specified. These specified protocols largely depend on the web=enabled devices and their application. IOT has already speeded its progress and has been successful to interact with the latest and till now the most advanced shape of technology i.e. Artificial Intelligence (AI) and Machine Learning (ML). These new emerging fields of science are also adopting the method that IOT has been practicing to establish a communication between devices and their network protocols. Self-driven vehicles are a good example of communication established between the device and its components where the driver needs to relax and the car using its embedded system will judge the environment around it and will provide the diver a safe drive from one destination to another.

Like science, the importance of IOT in our daily life cannot be ignored. It has been successful to provide benefits to various organizations and departments. Some benefits can be related to human while other prove quite useful and resourceful for various large industries and organizations. Some most common benefits IOT enabled businesses are

As the world is progressing towards digital transformation it becomes necessary for every phase of life to adapt advancement and avail better future opportunities. Not just business but by converting the whole world into a global village, every individual would be able seek equal opportunities and every individual will then serve as a carrier of information.

But every great invention or idea has some pros and cons so does IOT.

The advantages of implementing IOT system are

To ensure stable connection between different devices connected to a network portal, IOT and Arduino collectively introduce Arduino IOT cloud. It is a platform where anyone can create IOT projects with user defined interface and using Arduino can configure, code, upload and visualize.

Arduino IOT cloud offers following key feature which attracts the user and he is forced to use the cloud. The charming features offer a lot with a very suitable scale. Following are the feature offered

NANO 33 involves nanotech but also interacts with the basic IOT and pico-network applications. It serves as a multipurpose Arduino. Whether we have to connect it in the office or home, whether it is connected with sensory devices or itself is acting as a sensory device using Bluetooth, this device has many uses. Plus, a low energy device is always welcome in today’s world which serve as a solution to many daily life problems.

The Arduino Nano 33 IOT is Arduino’s smallest board which got inducted in internet applications by IOT. It uses Arm® Cortex®-M0 32-bit SAMD21 processor, which makes it fit for race. It also features u-blox NINA-W102 Wi-Fi module as well as the ECC608A crypto-chip for security.

Other Examples of Arduino for IoT

Some other Arduino boards can also be used for IOT cloud. They share almost the same function as NANO 33 IOT. They are as follow

Remote Access Technologies for Monitoring Environmental Variables Based on Arduino

How to Design an Arduino based Color Mixer?

How to control the speed and direction of DC motor using Arduino?

How to Display on 8×8 Dot Matrix LED Using Arduino(UNO)?

How to design an LED Flasher on Arduino Board

Arduino Project: How to control the speed of DC motor?